The year 2020 has brought us face-to-face with many significant obstacles, from the global coronavirus pandemic to issues of racial injustice. Among the challenges that we are confronting is climate change, which forces us to ask ourselves, “How will we leave the environment for future generations?” In time for… Read more » The echoes of oppression in Jewish history have shaped Lori Ann Burd’s strong sense of Jewish identity and desire to do good in the world. “I am so privileged, and have come from these people who fought so hard just to survive,” says Burd, 39. “I have literally no… Read more » Sharon B. Megdal, Ph.D., director of the Water Resources Research Center at the University of Arizona, was not always interested in water. She studied economics, planning to work in public policy, and became immersed in the world of water as part of that journey. “A lot of people just… Read more » Benjamin Wilder, Ph.D., 36, is director of the University of Arizona Desert Laboratory on Tumamoc Hill, a job that connects him deeply with his Tucson roots. Wilder was born and raised in Tucson. His father, Janos Wilder, is an award-winning chef and owner of the local DOWNTOWN Kitchen +… Read more » 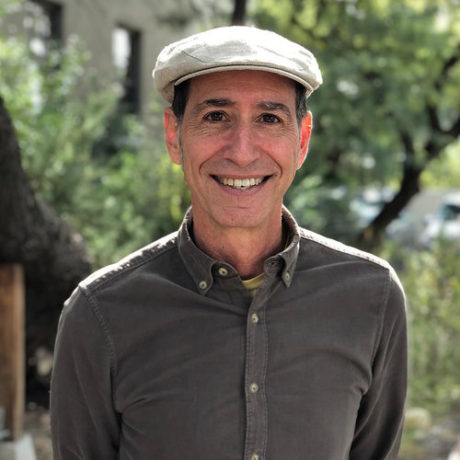 Neil Markowitz, 61, has been a contributing member of the Tucson community for over 25 years. His work in founding and running the Environmental Education Exchange (E3) as well as the time he gives to Jewish organizations has made an impact felt across the region. Markowitz has been working… Read more » Growing up in the 1970s it was almost impossible not to be surrounded by environmental movements. The first Earth Day was held in April 1970 and many people were concerned with saving forests and protecting the air, land, and water from pollutants. Gregg Garfin, Ph.D., was no exception. Garfin,… Read more » Esther Sternberg, M.D., has been a pioneer in the field of wellness in the workplace. Her research on how the built environment affects worker’s health and productivity has been a great tool for architects, building managers, and other researchers expanding the field. Sternberg was born and raised in Montreal,… Read more » Joaquin Ruiz, Ph.D., the University of Arizona’s first vice president for Global Environmental Futures, gets excited about the work of its partners around the world, such as farmers in Israel’s Arava region. “There are a bunch of kibbutzes in the Negev that are growing stuff on rocks and with… Read more »

(JTA) — Midwest Jews may need to find something else to eat when Yom Kippur ends — tons of their bagels are now toast. Some 38,000 pounds of frozen bagels met an unhappy fate on Sunday, just a couple of days ahead of the Jewish Day of Atonement, when… Read more »

Children will be able to release their sins the really old-fashioned way by sending them away with a goat at Temple Emanu-El’s Yom Kippur morning family service, Wednesday, Oct. 9 at 8:30 a.m. During Yom Kippur, the Day of Atonement, repentance is achieved by prayer, repentance, and fasting, but… Read more »

The Jewish New Year is a time for reflection and commitment toward a more just world. The six Holocaust survivors we feature in this issue are a few among the approximately 75 survivors currently living in Southern Arizona, most of whom were children or teens when the war broke… Read more »

Rosh Hashanah menus, while traditional and delicious, can also get a little stale year after year. With Israeli food trending across the globe, now is a perfect time to add some authentic Israeli flavors to your holiday. We have gathered four exclusive recipes from some of Israel’s top chefs:… Read more »

When World War II began, Erika Dattner was 2 years old in Budapest, Hungary. Her childhood was shaped and stolen by Hitler’s military campaigns and Nazi protocols. Her family was scattered and to stay safe, she had to hide. When the war ended in 1945, she had no home.… Read more »

Despite his family’s poverty in New York City in 1947, Michael Bokor declares it was beautiful to be in America. At least compared to life in Hungary during the Holocaust — forced labor, concentration camps, hiding, beatings, starvation, disease, and death.  After living in the United States for 72… Read more »

Willy Halpert remembers the last day he saw his father with crystal clarity: the sunshine, the chatter of an Antwerp café, music playing, then silence as Nazi SS and Belgian Brownshirts closed off the street. But for decades after the war, he shut away memories of what came after,… Read more »

As a boy in Poland, Walter Feiger cherished a book about Buffalo Bill; when he first visited Tucson in 1970, he said, “That’s buffalo country!” Feiger, who survived a ghetto and several concentration camps, has been telling his story to local school and law enforcement groups since the 1980s.… Read more »

Never Again, Annique Dveirin. A signature. A statement. And all because she wants hate to cease to exist in this world. Even though she was only 4 years old when she was hidden with a Christian family in Poland, Dveirin was made painfully aware of the terrors of the… Read more »

Editor’s note: The author is an active prosecutor in a major U.S. city. Due to the nature of their work, they must write anonymously. The court officer calls out the calendar number and reads the docket into the record. The defendant, accompanied by his attorney, enters the well. The… Read more »

This recipe originally appeared on The Nosher. Looking for an innovative way to incorporate apples into your Rosh Hashanah menu? Look no further than these meringue-topped apple pie bars. With layers of buttery pastry, cinnamon-scented apples and fluffy meringue, they’re sweet, toasty and sure to be a hit. The… Read more »