(JTA) — The Chabad movement is sending a rabbi and his wife to Iceland, an island nation with 250 Jews where ritual slaughter of animals is illegal and circumcision is likely to be outlawed as well.

Rabbi Avi Feldman, 27, of Brooklyn, New York, and his Sweden-born wife Mushky, are slated to settle with their two daughters in Reykjavík, the world’s northernmost capital city, later this year, the couple told JTA last week.

The country is not known to have had a resident rabbi servicing an active Jewish community there since 1918, the year it gained independence from what was then the Kingdom of Denmark.

The announcement closely followed news last month that lawmakers from four political parties in Iceland submitted a bill proposing to outlaw nonmedical circumcision of boys younger than 18 and equates that practice, common among Jews and Muslims, with female genital mutilation – the custom of removing parts of a girl’s clitoris, which is common in some African Muslim communities.

“We hope to bring awareness of the relevance and importance of brit milah,” the rabbi told JTA, using the Hebrew-language word for Jewish ritual circumcision, which is typically performed on boys when they are eight days old. “We hope to bring this awareness to local Icelandic people and especially to lawmakers in their decision on rules, which we hope will have a religious exemption clause.” 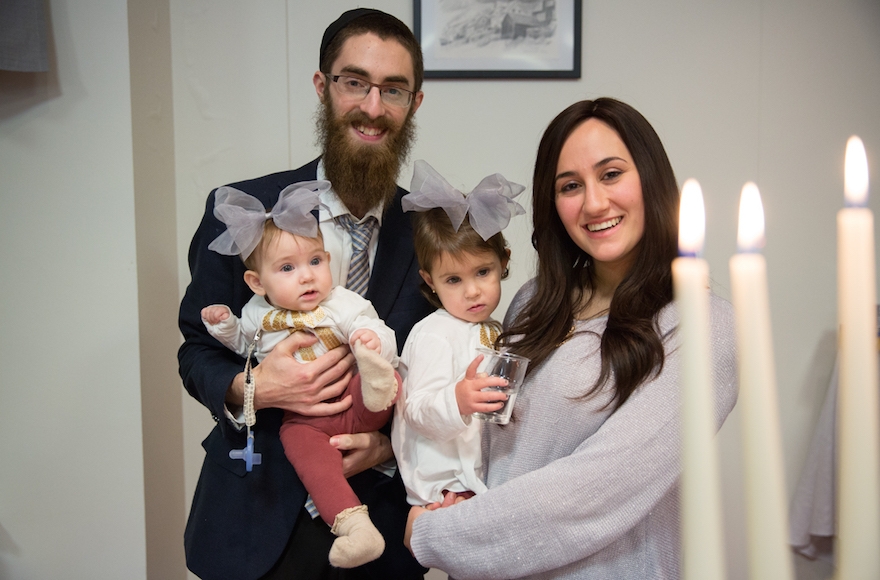 Feldman and his wife visited Iceland in December and organized a Hanukkah celebration for the community, which is made up of some locals and Jewish expatriates from the United States and Israel. The couple hopes to set up an educational framework for Jewish children, a synagogue and a mikvah, or Jewish ritual bath, none of which exist in Iceland, a nation of some 300,000 people.

A Chabad spokesman said Reykjavík is one of only a handful of European capital cities without a synagogue.

The absence of infrastructure for Jewish communities can be seen as “a challenge,” the rabbi said, “but it’s also a tremendous opportunity, to set up a living breathing community.”

Notwithstanding, local Jews have celebrated holidays in Iceland also without a resident rabbi, often with help from yeshiva students and Chabad rabbis who came there especially to celebrate the dates, Feldman said, calling this “inspiring and very special.”

Despite the decades-long ban on ritual slaughter in Iceland, “the country actually has a lot more kosher products than many people realize,” Feldman said. This is because the island depends on imports from Europe and the United States, “so this means you can find products with a kosher label in your average minimarket.”

Mushky Feldman, who grew up in Gothenburg, Sweden, said she looked forward to “bringing the light of Judaism to one of the world’s darkest places,” a reference to how Reykjavík in January enjoys only 4 1/25 hours of daylight. “But sunrise comes after 11 a.m., so that means we’ll get to see the sunrise every day,” she noted. In the summer, Reykjavík has days with 18 hours of daylight.

The Feldmans said they will travel to Reykjavík next month to organize a Passover seder.

This Jewish grandmother was sentenced to death in Iran. She’s hoping for salvation in Holland. › ‹ Poland’s prime minister said some Jews collaborated with Nazis. Scholars say he distorted history.