WESTERBORK, Netherlands (JTA) — Nothing about the footage that Rudolf Breslauer filmed here on May 30, 1944, suggests that it was taken inside one of Europe’s largest Nazi concentration camps.

In the film by Breslauer, a German-Jewish inmate of the Westerbork camp in Holland’s northeast, prisoners are seen playing soccer enthusiastically in team uniforms, complete with a referee in a special outfit.

A middle-aged man wearing a suit and a boy who may have been his grandson stroll cheerfully in the sun past spectators. In other segments, inmates are seen putting on theater performances, working in modern factories and even going to church – an activity undertaken by many German Jews before the Holocaust, including some who had converted to Christianity just before or during the Holocaust in a vain effort to escape persecution by the Nazis.

The film is one of only two cinematic works known to have been produced inside a functioning concentration camp for Jews — the other was in Theresienstadt.

Commissioned by Westerbork’s commanders for propaganda purposes, Breslauer’s film is a rare documentation of the sophisticated facade employed by the Nazis at the camp, where 75 years ago they began carrying out the systematic murder of three quarters of Dutch Jewry – the highest death rate in Nazi-occupied Western Europe. Westerbork served as a so-called transit camp from which 100,000 Dutch Jews were shipped to Nazi death camps in Poland.

The subterfuge maintained the illusion that the camp’s inmates were sent to work camps, giving them hope and an incentive to comply with orders that helped ensure Westerbork’s deadly efficiency, according to Johannes Houwink ten Cate of the University of Amsterdam, who is among the world’s foremost experts on the Holocaust in the Netherlands.

According to ten Cate, the deceit extended far beyond the possibly staged scenes that Breslauer captured with his camera (Breslauer was sent to Auschwitz with his wife and three children in 1944. Only their daughter Chanita survived the war).

“The size of Camp Westerbork’s hospital, which was one of the best and largest hospitals of its kind, symbolizes the Nazi lie that Jews were going to be put to work” further east, ten Cate told JTA in an interview last week ahead of the 75th anniversary of the first death transport out of the camp, which took place on July 15, 1942.

“It was one of a great many German efforts focused at making sure that Jews did not understand what the Nazis were up to,” he added.

These efforts paid off, according to Henny Dormits, 87, a Holocaust survivor who lived in the camp with her family for two years before they were sent to Theresienstadt.

While Jews in many other parts of Europe were subjected to violence, torture, abuse and murder in camps, in Westerbork, “people were not abused, they were treated correctly,” she said during an interview for Dutch television in 2011. She spoke at the former living quarters of Albert Gemmeker, the Nazi commander of Westerbork, which is the only part of the camp that still exists today.

The Germans “did everything possible to keep people calm here so no one was afraid,” Dormits recalled. And so when people were shipped off in cattle cars, “everyone assumed we’d be going to another work camp.”

Westerbork included many amenities that Jewish concentration camp inmates elsewhere could only dream of, including permits to leave camp without supervision — given exclusively to people with family still inside the camp, so they would not escape – and cabaret productions with musical instruments.

But it was the quality of medical treatment in Westerbork that clinched the illusion, according to Dormits.

“People were operated on here by the best doctors, they would be hospitalized for entire weeks as they healed, and when they were all better they were put on a transport,” she recalled in the documentary. “This was the make-believe world in which we lived.”

This form of deception was extremely effective, according to Dirk Mulder, the director of the Camp Westerbork Memorial Center, a nongovernmental organization with state funding that is responsible for commemoration and educational work in the former camp.

The message of the hospital was, “We Germans have the best intentions for you, get better in this large hospital so we can put you to work elsewhere,” Mulder said in the Dutch documentary.

Still, not everyone was duped. Gemmeker, who had a friendly relationship with the Jewish filmmaker Breslauer, once told the cameraman something that made Breslauer realize the transports were a one-way ticket, according to Chanita Moses, Breslauer’s daughter. Her father did not say exactly what Gemmeker told him, she told the Dutch television film crew.

Philip Mechanicus, a Dutch Jewish Holocaust victim who secretly chronicled his stay in Westerbork before he was murdered, wrote about his “tremendous fear” of when he would be shipped out.

On Sept. 13, 1943, a 65-year-old woman in Mechanicus’ barracks committed suicide, he wrote. She was put on a list of deportees to Theresienstadt, prompting her daughter to volunteer to leave with her mother. The mother killed herself “to prevent her daughter from making the sacrifice,” wrote Mechanicus.

Camp Westerbork originally was set up in 1939 as a detainment facility by the Dutch government in a remote, rural area of the country for fewer than 2,000 Jewish refugees who fled Nazi Germany. Two  years after the Germans invaded in 1940, they took over the space and massively increased its capacity. They treated the first German inmates as a preferred prisoner population. And they set up am unarmed  Jewish policing unit that was responsible for taking people to the trains to be shipped off to death camps in the east.

Today, what used to be the camp grounds in a grassy flatland borders a large radio observatory. A memorial area contains informational plaques and several monuments, including a German cattle car of the sort used to transport Jews and a statue featuring railway tracks that curl up heavenwards.

Whereas elsewhere in Europe former Nazi camps were preserved and used as educational exhibits about the Holocaust, the original barracks and facilities of Westerbork were used for housing refugees from Indonesia in the 1970s until the facilities were stripped for wood.

The failure to preserve Westerbork was part of a greater reluctance in the Netherlands, where many non-Jews fell victim to the Nazi occupation, to acknowledge the uniqueness of the Jewish tragedy, according to ten Cate. He said the Dutch also were reluctant to look at the role of ordinary Dutchmen, including police officers who rounded up Jews.

This began to change in the 1990s, making way for a wave of renewed interest in the Holocaust in recent years. But the belated timing means that Amsterdam is one of Europe’s very last capital cities to receive a Holocaust museum: It opened last years and is still in its “infancy stages,” ten Cate noted.

Back in Westerbork, Dutch Chief Rabbi Binyomon Jacobs, whose parents survived the Holocaust in hiding and who often speaks about the genocide at the former camp to schoolchildren, told JTA in April that the camp’s story is a constant reminder against giving in to wishful thinking.

“When disaster happens slowly, in installments, people have a tendency to accept each installment,” said Jacobs, who in 2014 shocked many Dutchmen when he said that anti-Semitism in the Netherlands means he would advise his congregants to live in Israel or the United States. “This is what happened here. So I think we cannot afford to stay silent and just hope for the best.” 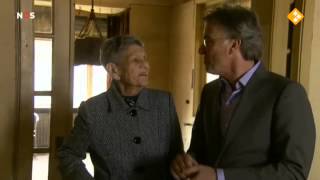