There’s the guy who took her to the action figure section of a Toys “R” Us after dinner and ranted about why Batman was the best superhero. Or the one whose panic attack in the elevator at a hotel in Times Square forced her to walk him down 42 flights of stairs — while he farted the entire time.

But these aren’t just tales Schechter collects to share with girlfriends over cocktails, a la “Sex and the City.” She and fellow actors Leah Gottfried and Danny Hoffman are busy writing, producing and acting in a web series on the subject.

“Soon by You” — the phrase is one of well-wishing — is generating considerable buzz in New York City’s modern Orthodox community. A pilot episode, originally devised as a short film, has garnered over 30,000 views on YouTube in its first two weeks online. It won for best short at the Washington Jewish Film Festival and is slated to play at this weekend’s Los Angeles Jewish Film Festival.

The trio is squeezed together on a crowded couch in the lobby of the Ace Hotel in Manhattan, a dimly lit spot that could be summarized through the smartly dressed hipster couple making out a couple of couches away. The “Soon by You” team fits right in with the other twentysomethings packing the joint — well, those who aren’t kissing or fondling each other — which doubles as a happening happy hour spot.

The series’ first episode, titled “The Setup,” follows Hoffman’s character, David, through the streets of New York City into a kosher restaurant, where he is supposed to meet a blind date named Sarah (played by Gottfried). In a rush, David mistakenly sits with another Sarah, who is expecting a blind date of her own — and, well, comedic consequences ensue.

It’s an entertaining take on the perils of the insular, high-stakes world of modern Orthodox dating — one that resonates deeply with the series’ creators along with a large portion of its audience.

“For a lot of [young modern Orthodox Jews], they’re not dating for fun — they’re dating with a specific goal of marriage in mind,” says Gottfried, 25. “A lot of people have a checklist of things. And there’s pressure from family members and friends, especially when all of your friends are getting married at a really young age.”

Plus, within the community, “there’s a little bit of a stigma attached to single people at a certain age if you’re not married,” she adds.

Gottfried, the initial creator of the series and its director, came up with an idea for the show a few years ago after graduating from Yeshiva University, where she initiated the school’s first film studies major. For one scene in the first episode, in which one of the Sarahs tells her date she’s a painter and gets an insensitive response, Gottfried drew upon a real-life experience — just substitute film for painting.

Gottfried met Hoffman, a 29-year-old actor who also works in marketing at the WE cable channel, on the set of a Jewish parody of “The Office.” Schechter, who met Gottfried at an arts conference, initially didn’t land a part in “Soon By You,” but she stayed on as a production assistant — and Gottfried eventually wrote a new character into the show with her in mind. The three now develop and write all the episodes together.

With an initial five-episode run, the team hopes to gain a significant online following — but the aim is to get a deal with a network or streaming service like Netflix or Hulu.

For now, “Soon By You” is brought to you via grassroots fundraising efforts, including a campaign through the Jewish Entertainment Network LA, a networking and support group for Jews in the industry. The team is also looking for product placement deals — it’s already inked one with Shabbat.com, which runs a Jewish dating app that will be featured in future episodes.

Gottfried, Hoffman and Schechter have finished filming a second episode and are in the process of editing it, but their fundraising efforts and busy schedules will largely dictate when subsequent episodes are produced.

“Soon By You” has received an unexpectedly warm reception. Hoffman, the only married member of the team, says he’s already being recognized by people in his Washington Heights neighborhood, which is home to a sizable modern Orthodox population.

The group points to “Srugim” — a short-lived but wildly popular Israeli show about five single Orthodox characters, which had a second life in the U.S. through Hulu — as a main source of inspiration. In fact, as “Soon By You” got going, Gottfried reached out to “Srugim” creator Laizy Shapiro, who imparted some sage advice: Don’t explain Orthodox Judaism to a broader audience. Instead, focus on creating nuanced characters.

As Hoffman explains, “Srugim” uses concepts like Shabbat restrictions and a “tefillin date” — a romantic sleepover that involves laying tefillin the morning after — that would seem like insider knowledge to some. But the show allows viewers to figure out the concepts on their own and, more important, even if a religious theme goes over most viewers’ heads, the show remains entertaining to a more secular audience.

“As far as modern media and pop culture go, you don’t really see much modern Orthodox,” Hoffman says. “You either see ‘the Orthodox,’ which people associate with Hasidic stuff, or you see the more secularized [people] and not so much the people who are in between.”

The next episodes of “Soon by You” will follow the four characters introduced in the first episode, plus two new ones. There will be plenty more funny dates, but the team wants to use that premise to showcase other aspects of authentically modern Orthodox characters, such as their professional and spiritual aspirations.

“As much as this show is about dating, we want to show also that this world isn’t just about that,” Gottfried says. “There’s really more to everybody. It doesn’t define them, even though for a lot of people it feels like it does.”

Preview YouTube video Soon By You – Episode 1: The Setup 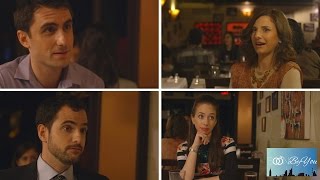 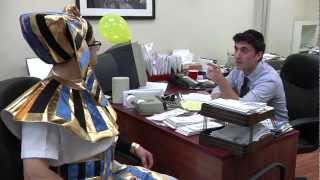