(JTA) — October marks the beginning of a new year, a time of fresh starts and second chances — and playoff baseball, the climax of a summer of (we still insist) American Jewry’s favorite sport.

But if Jews and baseball go together like peanuts and Cracker Jacks (Jewish immigrants found America “in baseball,” as a sociologist once wrote), certainly some teams go together better than others. What makes a team the most “Jewish”? Geography? History? The Jewish players who sat in their dugouts, or perhaps the Jewish owners and general managers who sit in their front offices?

Just as every Jew insists on his or her way of being Jewish, every Jewish fan can feel at times like their squad is the chosen team. In that spirit, we asked members of the JTA staff to argue why some of the contenders this year (and years past) might be the most Jewish in the major leagues.

Our hope is not yet lost. We’ve been cursed, rejected, persecuted, doomed to an existence of pain and suffering. But we do not abandon our traditions. We do not lose our faith. Each day we return, our eyes to God and Theo Epstein, praying to renew our days as of old.

The Jew and the Cubs fan are kindred spirits: The Jew laments the exile of 2,000 years. The Cubs fan mourns 107 years without a World Series win. The Jew remembers death and destruction — in Spain, Russia, Poland and Germany. The Cubs fan remembers seasons snatched away — in 1945, 1969, 1984 and 2003.

The Jew holds strong to tradition — fasting on Yom Kippur, recounting the Exodus at Passover, abstaining from pork and shellfish. The Cubs fan stays true to custom — waving the W flag, throwing back opponents’ home run balls, pounding Old Style beer and singing “Take Me Out to the Ball Game.”

They are the hometown team of America’s most Jewish city, their pinstripes are evocative of a tallis and it’s not too hard to get a minyan in the stands (not to mention a kosher frank). Is there any doubt the New York Yankees are the most Jewish ofbaseball teams?

The Bronx Bombers are the winningest team ever in professional sports, and the Jews are the Chosen People. There’s no greater shidduch. Sure, the Yankees aren’t known for an abundance of Jews on the field — notwithstanding some legends like Ron Blomberg, the first designated hitter, and Jimmie Reese (born James Herman Solomon), who hit .346 as Babe Ruth’s teammate in 1930.

But with their storied history, the Yankees stand for tradition. That’s what the Jewish people are all about.

Some younger baseball fans are likely unaware that before relocating to Los Angeles, one of the country’s most Jewish cities, the Dodgers were based in what is often thought of as the nation’s Jewish capital: Brooklyn, New York. After playing in South Brooklyn and then Brownsville, the team moved to the storied Ebbets Field in Flatbush — or what one Jewish sports writer called a neighborhood of “kosher butchers, grocery stores with the owner living in the back … [and] men sitting on the newsstand arguing about baseball.”

Of course, this franchise also gave us the most Jewish moment in professional sports history. On Oct. 6, 1965, Brooklyn native and Hall of Fame pitcher Sandy Koufax sat out the first game of the World Series when it fell on Yom Kippur. Jewish fans young and old still kvell over the ace’s decision to this day.

The list of other Jewish Dodgers includes Cal Abrams (who went by “Abie”) and the Sherry brothers, Norm and Larry. Larry was the 1959 World Series MVP — and when Koufax won that award in 1963 and 1965, that gave the team a string of three consecutive Jews to receive the honor.

If the Yankees are the perennial winners, the symbols of efficient excellence — one might even say the league’s oppressors (or, in the famous words of one Red Sox executive, the “evil empire”) — the Mets are the opposite: underdogs, clumsy nebbishes, a quirky group of underestimated misfits who occasionally flourish. In other words, they represent the whole of Jewish athletics — and the darkhorse spirit that has characterized our tribe throughout history. If the Yankees are Goliaths, the Mets are the Davids.

Furthermore, what other team has a slogan more Jewish than “Ya gotta believe”? What other team can claim to have received the kind of divine intervention that made that ball go through Bill Buckner’s legs in the 1986 World Series? What other team can point to so many Job-like tests (like the consecutive collapses of 2007 and 2008) punctuated by periods of relative prosperity (which feel ever so much sweeter because of the lean times)? If that’s not the Jewish story, what is?

Famous Jewish Mets include Art Shamsky — a fan favorite on the 1969 team, which delivered the franchise’s first World Series — and Shawn Green, who hit over 300 home runs in his career and, like Koufax, sat out games that fell on Yom Kippur.

How many baseball franchises have put four Jewish players on the field at the same time? The Giants, on Sept. 11, 1941 — when they played in New York — had a battery of Harry Feldman pitching and Harry Danning catching, with Sid Gordon and Morrie Arnovich manning two of the three outfield spots. The team’s Jewish history dates back even further, when Andy Cohen patrolled second base in the 1920s. Manager John McGraw supposedly wanted a Jewish player to attract fans to the Polo Grounds in Manhattan, an answer to Babe Ruth of the Yankees drawing crowds in the Bronx.

Fast forward to the late 2000s, when the San Francisco Giants called up an outfielder named Brian Horwitz, aka “The Rabbi.” In the front office, club president Larry Baer brought home three World Series titles starting in 2008 — from a franchise that hadn’t won a championship since 1954. The team is also known for its succession of players with Hasidic-worthy beards — see Hunter Pence, Sergio Romo and Brian Wilson. Now if only Willie Mays were Jewish.

No collection of Jewy baseball teams would be complete without the Tribe — yes, the much maligned Cleveland Indians.

The Indians recently clinched the Central Division of the American League for their first trip to the playoffs since 2001.  They have won the World Series just twice: in 1920 and 1948.

The most prominent Jewish member of the Tribe was slugger Al Rosen, “The Hebrew Hammer,” who spent his entire career from 1947 to 1956 with the Indians. He also refused to play on the High Holidays.

In 2002, Mark Shapiro was named general manager. In 2010 he became the team’s president, a job he held for five years.

The Indians have had a kosher hot dog stand at their field for more than 15 years and hold an annual Jewish community night that draws hundreds of Jewish fans to the downtown Cleveland venue.

And what other fan base can proudly call themselves members of the Tribe?

The Phillies are the most Jewish team in the sense that the franchise has survived — and even occasionally thrived — despite a long and unprecedented history of futility. No professional sports team has lost more games; no people has suffered so much over such a long period of time. And when you look at it that way, what could be more Jewish than blowing a chance to sign a then-unknown Sandy Koufax, as the Phils did when they tried lowballing the future icon with a measly $1,500 contract offer. 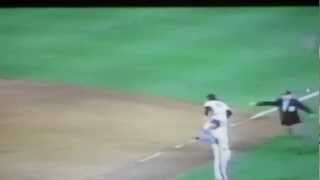