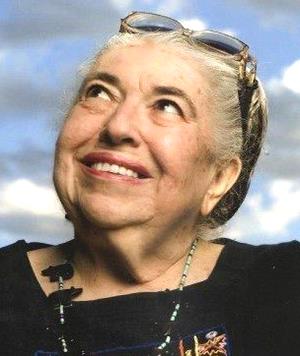 Born in Chicago, Lupu received a master’s degree from the University of Chicago. She married Charles Lupu in 1948 and settled in Tucson in 1966. She was the founding executive director of the Pima Council on Aging, serving more than 40 years until her retirement at age 82. After her husband’s death in 2007, Lupu began her “encore career” as board president of Dancing in the Streets Arizona, a nonprofit ballet school in South Tucson.

“Without Marian and Ted [Koff], none of the [services] that we each expect to be available to us as we get older and need more support, they wouldn’t have been here,” Nancy Koff, a former senior associate dean for medical student education of the University of Arizona College of Medicine, told the AJP. Koff’s late husband, Ted, was the first executive director of Handmaker Jewish Services for the Aging, a UA professor of management and policy, and founding co-director of the UA Arizona Center on Aging.

“Marian was a force of nature. She was respected, in some cases revered, by those in the community involved in service delivery and supporting agencies such as Jewish Family & Children’s Services and United Way. Her influence was national, at least, probably international,” says Koff.

Arrangements for a celebration of life in October or November will be announced.

Memorial contributions may be made to Dancing in the Streets Arizona at ditsaz.org. Arrangements were made by Adair Funeral Homes, Dodge Chapel.